ROMANIAN national operator CFR-AS has awarded the Asocierea RailWorks consortium a contract to install ERTMS and upgrade electrification as part of the rehabilitation and modernisation of a section of the European Rhine-Danube corridor in Romania. 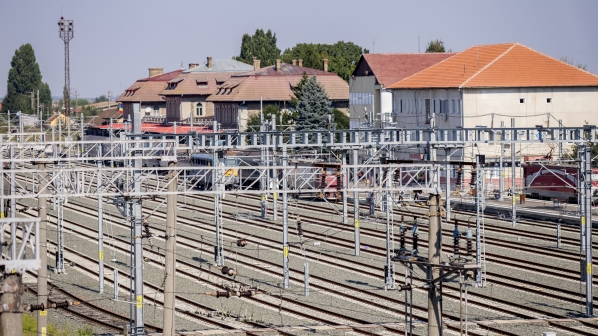 The Leu 2.97bn ($US 691.1m) contract is being funded by the European Union’s Connecting Europe Facility and the Romanian government. The Asocierea RailWorks consortium comprises Alstom, Aktor, Arcada and Euroconstruct, with Alstom’s share of the four-year contract worth €120m.

The work will take place on the Sighişoara - Caţa and Apaţa - Brasov sections of the European corridor which links Nuremberg - Prague - Vienna - Budapest - Curtici - Simeria - Brasov - Bucharest - Constanta. Alstom has been undertaking rehabilitation works on the Romanian section of the corridor since 2012.

The contract covers the modernisation of approximately 170km of infrastructure, including upgrading 25kV electrification, resignalling and installing GSM-R, as well as civil works.

Alstom is directly responsible for the implementation of a traffic control centre in the city of Brasov, the digital interlocking and ETCS Level 2 deployment, passenger information systems and catenary upgrades and electric traction substations.