The value of the contract will be determined following a two-year development phase. 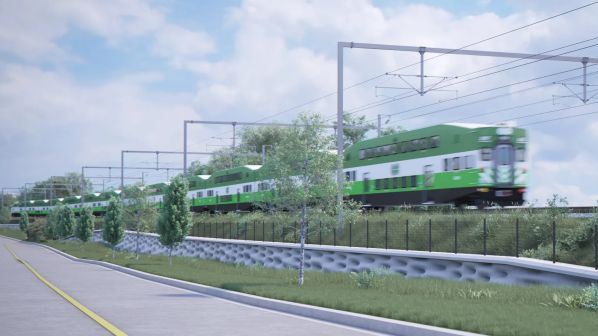 According to IRJ’s sister publication Railway Age, Aecon holds a 50% interest in a joint venture with FCC, which will undertake the construction work, and a 28% interest in a 25-year operations and maintenance partnership with DB International Operations. Hatch and WSP Canada are also consortium members.

The project will mark the first use of ERTMS in North America rather than the Positive Train Control (PTC) system being deployed in the United States or the Enhanced Train Control (ETC) system, which the Canadian government committed to develop earlier this year.

• design, construction, integration of the railway corridor covering the civil works, tracks, signalling and telecommunications, as well as their maintenance

• maintenance, servicing, and cleaning of all rolling stock and new electric locomotives

• construction of new maintenance and train storage and layover facilities, and

The GO Expansion project will transform the GO commuter rail network from a mainly peak-hour diesel service into an all-day electric service with trains running every 15 minutes on the core rail network comprising the Lakeshore East and West lines (Burlington - Toronto Union - Oshawa), the Kitchener Line from Toronto Union to Bramalea, the Barrie Line to Bradford and the Stouffville Line to Unionville. Later phases will include service expansions to Niagara, Kitchener-Waterloo and Bowmanville.

There will now be a two-year collaborative development phase between ONxpress Transportation Partners and Metrolinx to refine the scope, progress with the design and plan the operational improvements to the system. The scope of work and corresponding contract value will be finalised between ONxpress Transportation Partners and Metrolinx when the development phase has been completed.