Construction of Dhaka MRT Line 1 metro to start in December

Contract for overseeing the works has been signed with a joint venture led by Japanese Nippon Koei. 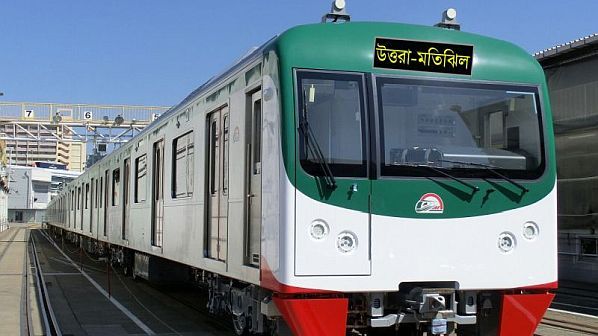 CONSTRUCTION on the 31.24km MRT Line 1 in Dhaka, Bangladesh’s first underground metro line, is set to start in December after a two-year delay.

Work on the Taka 525.6bn ($US 5.2bn) project, said to be the biggest infrastructure project in the Bangladeshi transport sector, will start with land development for a depot at Pitalganj in Narayanganj.

The project will comprise a 19.87km underground main section from Hazrat Shahjalal International Airport to Kamalapur and an 11.36km from Notunbazar to Purbachal Terminal that will be mainly elevated, and is due to be completed in December 2026.

There will be underground interchange stations between the sections at Notunbazar and Nadda.The Bangladesh government will provide Taka 131.1bn for the project while Japan International Cooperation Agency (Jica) will provide Taka 394.5bn as a soft loan after signing the loan agreement in July.

Tunnel-boring will begin at the airport, Kuril, Notumbazar and Kamalapur, but DMTCL says that inconvenience to the public, mainly around the station sites, will “not be for more than three to six months” as most of the works will be underground.

On September 7, DMTCL appointed a Japanese-led joint venture firm to develop the MRT-1 depot. The contract with the so far unnamed firm is expected to be signed mid-November, with construction beginning at the start of December.

Phase 1 of Bangladesh’s first ever metro line, MRT-6, is also set to open in December from Uttara to Agargaon. This elevated line will eventually extend from Agargaon to Motijheel, making a total length of 20.1km.

The government has ambitions to build six metro lines in the capital and surrounding area with the aim of creating a network of around 130km and so easing traffic and cutting pollution.