SOCIETE du Grand Paris has awarded a €193m contract for the construction of a 6.7km-long viaduct for Line 18 of Paris’ Grand Paris Express metro project to a Vinci-led consortium. 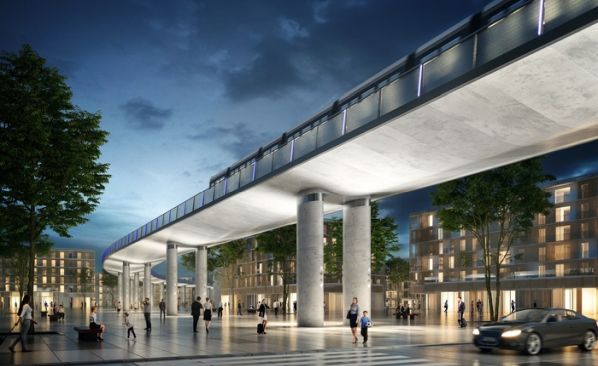 The viaduct will connect Massy-Palaiseau and the planned CEA Saint-Aubin station, near the Saclay Atomic Energy Commission (CEA), in the middle of Line 18.

Construction of the viaduct will take 30 months and is expected to employ around 400 workers.

Vinci, as part of a separate consortium with Spie Batignolles, was previously awarded a €799m contract for the construction of an 11.8km tunnel linking Antony, Massy Opéra and Massy-Palaiseau stations, and the crossing of the future Orly Airport station. Work on this section is already underway.