The works will reduce travel times for commuter trains by up to 19%. 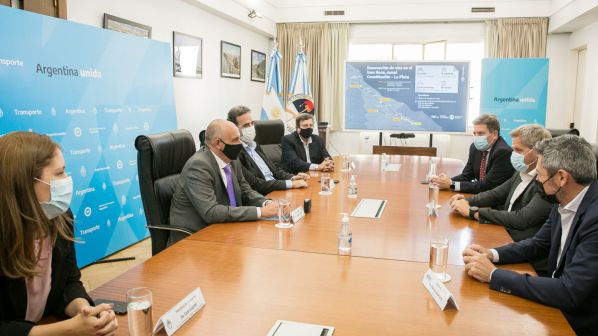 ARGENTINA’s Ministry of Transport has signed contracts worth Peso 2.74bn ($US 27.6m) to upgrade the Buenos Aires Constitución - La Plata branch of the Roca Line to increase frequencies and reduce travel times on the country’s busiest commuter rail line.

The project is being financed with a loan from the Inter-American Development Bank (IDB) and will reduce travel times on the line by 11% on weekdays, 14% on Saturdays and 19% on Sundays and public holidays.

The renewal includes the replacement of track, switches and crossings, the renewal of embankments and drainage, and the repair of level crossings.

The government approved $US 278m in funding for the purchase of 200 new suburban EMU cars in February 2019, following a €90m contract awarded to Alstom and Argentinean construction company Pose in December 2018 to modernise signalling on the Roca Line.

For detailed data on rail projects from Argentina and around the world, subscribe to IRJ Pro.