The line connects Corumbá near the Bolivian border with the outskirts of Sao Paulo. 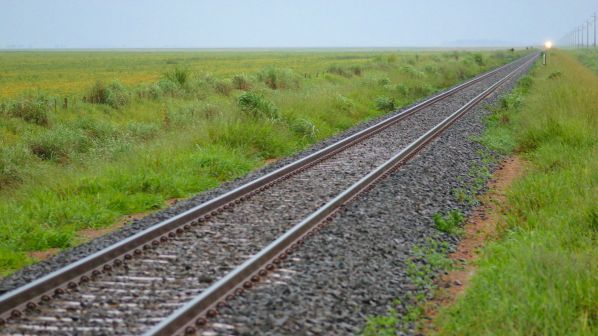 The new concessionaire is expected to renew the track.
Photo Credit: Shutterstock/Erich Sacco

THE state government of Mato Grosso do Sul in Brazil has announced that services have tentatively restarted on the 1945km line from Corumbá to Mairinque in Sao Paulo following a seven-year closure.

Trains on the line are transporting iron-ore from west to east, and construction materials on the return journey to Mato Grosso do Sul.

The Mato Grosso do Sul secretary of state for environment and economic development, Mr Jaime Verruck, told Correio do Estado that there was large demand for the reopening of the line due to mining operations in the region.

The state is currently undertaking a feasibility study before awarding a concession to operate the line. “The goal is that the new concessionaire will replace the sleepers and upgrade the tracks, so that it can be used to transport ore,” Verruck says. “We want to promote this great development axis within Mato Grosso do Sul, going from Campo Grande to Três Lagoas and São Paulo.”

Due to low water levels on the Paraguay River, the majority of freight from Mato Grosso do Sul has been transported by road, causing damage to the BR-262 highway.

The governor of Mato Grosso do Sul, Mr Reinaldo Azambuja, told Correio do Estado that a study found there was demand for at last 74 million tonnes of freight on the line, including iron-ore, paper pulp and agricultural products such as meat and grains for export.