Contracts worth $US 66.5m cover Warsaw - Łódź route and GSM-R. 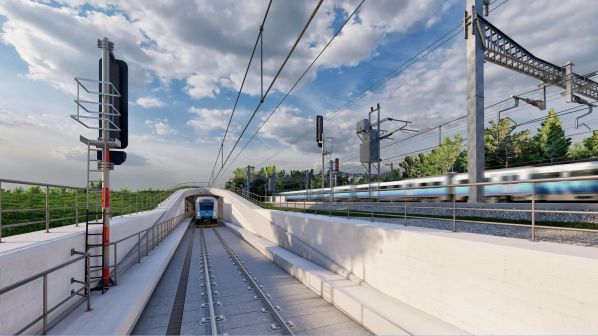 SOLIDARITY Transport Hub (CPK), the company taking forward Poland’s largest infrastructure programme centred on a new airport between Warsaw and Łódź, has signed three design contracts for the first route of the 2000km network of mostly high-speed lines that are being built as part of the project.

The first route runs for 140km from Warsaw to Łódź via the new airport, where preparatory construction work is due to start next year, and will be Poland's first high-speed line.

The contractors were selected under a design framework awarded in July that CPK says is the largest awarded for this type of work in Europe.

The first contract covers design of the route from Warsaw to the transport hub at the new airport. It has been awarded to the Biuro Projektów Metroprojekt consortium and Sud Architekt Polska, which has also worked on the design of the tunnel for the high-speed line in Łódź.

Design of the remaining section to Łódź has been awarded to a consortium of Egis Poland, Egis Rail and Jaf-Geotechnika.

The contract to design the GSM-R radio communications network for the Warsaw - Łódź high-speed line has been awarded to Biuro Projektów Komunikacyjnych, working with Biuro Projektów Kolejowych i Usług Inwestycyjnych and Fonon.

The scope of the contracts includes preparation of pre-design and design documentation and obtaining planning permission to build the new line. The contractors will provide technical support on the construction plan, construction permits, water permits, location decisions and advice on property values.

Preparatory work on the Warsaw - Łódź high-speed line is scheduled to start at the end of 2023, followed by main works in 2024.

“We are entering the next phase of work,” says Mr Maciej Jagielski of CPK’s Railway Sub-Programme Implementation Office.

“Contractors have 17 months to implement the work, and in the case of radio network design three months from the signing of the contracts.”

The Warsaw - Łódź high-speed line will be designed for a maximum speed of 350km/h, with trains running at up to 250km/h in the initial phase of operation.