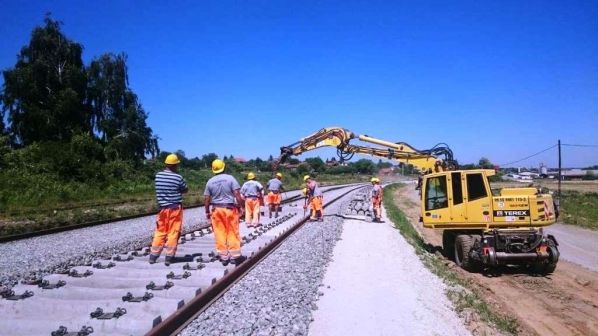 CROATIA infrastructure manager HŽ Infrastruktura has signed a contract with Strabag to upgrade a 44km section of the railway between the capital Zagreb and the port of Rijeka, along with the modernisation of several stations.

The €300m modernisation of the Hrvatski Leskovac - Karlovac section was due to start earlier this year but was delayed after 11 complaints were received during the tender process. This prompted Mr Oleg Butković, Croatia’s minister of maritime affairs, transport and infrastructure, to highlight the need to amend legislation on public procurement as projects were often delayed by appeals against contract awards.

The new contract, awarded to Strabag in May and signed at the end of July, has a value of Kunas 1.7bn ($US 226.7m) and includes upgrading the existing track and the construction of a second track. The project, which will be undertaken by a consortium of Strabag’s Croatian subsidiary and Strabag Rail, is mainly co-financed through the EU’s Cohesion Fund.

Construction is due to start in October 2022 with completion planned in April 2025, when the maximum speed will be raised to 160km/h. The project will also involve the replacement of level crossings with bridges and the modernisation of signalling and telecommunications systems, the latter work is contracted to AZD Praha.

“The modernisation of the railway line between Hrvatski Leskovac and Karlovac, which is situated along the Mediterranean Corridor of the Trans-European Transport Network, will improve transport links between the port of Rijeka and the markets of Hungary, Slovakia and Poland in the long term,” says Strabag CEO, Mr Thomas Birtel.