CROSSRAIL published a new plan on October 21 to complete the outstanding works on the heavily delayed Elizabeth Line and says the core section through central London will open between October 2020 and March 2021. 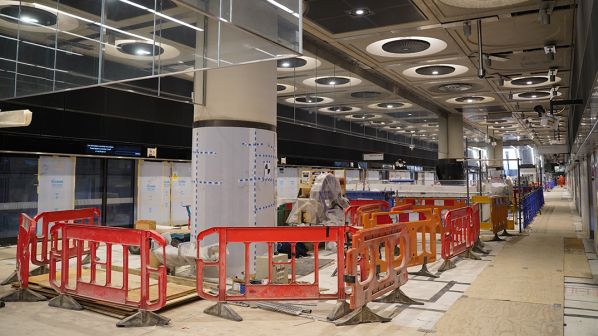 Fitting out is continuing at Paddington Elizabeth Line station.

This means the opening period for the central London section has now been extended to six months compared the previous plan announced in April to open it between the end of 2020 and the start of 2021. Crossrail says this is “due to the complexity of the remaining work.”

The 21km underground section through central London from Paddington to Stratford and Abbey Wood was originally scheduled to open in December 2018.

Crossrail says the central section is “the most difficult and challenging phase of the programme with significant integration and testing to complete,” and it is focusing on three critical aspects:

Crossrail says around 120 key milestones have been identified and are being tracked. “By the end of the year, final fit-out and testing and commissioning is due to be completed at many stations,” Crossrail says. “We are on track to complete fit-out and testing of the tunnels by January 2020. This will allow the new stations and rail infrastructure to be integrated with the rest of the railway.

“During 2020 we will undertake testing of the completed railway including an extensive period of trial running and trial operations to build absolute confidence in the safety and reliability of the whole system before opening to the public.”

Crossrail says that as the programme to complete and test the Elisabeth Line progresses, it will be able to provide increasing certainty about when the line will open.

Crossrail trains are already operating on the mainline network from London Liverpool Street to Shenfield, and from London Paddington to Hayes & Harlington and are due to be extended west to Reading in December.