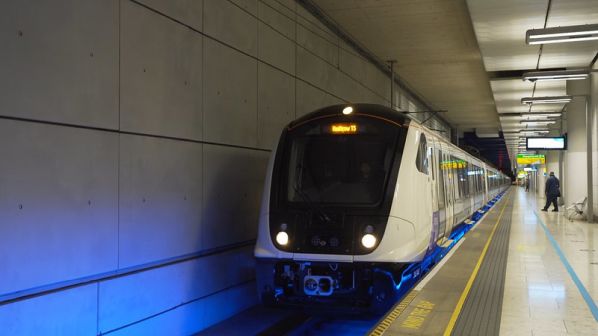 CROSSRAIL, the heavily-delayed new railway being built in London, should open six months earlier than planned according to official Transport for London (TfL) papers.

No official new dates have been confirmed by Crossrail Ltd for the Elizabeth Line (the eventual name for line), only opening “windows,” with the latest for the start of trains running through the central section from Abbey Wood to Paddington low-level set to be in the first half of 2022. TfL papers released ahead of an Elizabeth Line Committee meeting planned for July 15 show a possible February 2022 start.

Furthermore, there is a plan to bring forward the operation of the end-to-end railway by six months. This has been developed by TfL’s concession operator MTR-Elizabeth Line, working with TfL, Network Rail and an independent advisor.

Originally it was planned that following the opening of the central section there would be a progressive ramping up of services by connecting the eastern leg of the railway from Shenfield to the central section, and then finally the western section from Heathrow and Reading to the new tunnel.

But because this was developed in the early stages of the project it has been deemed increasingly out-of-date and subsequently updated. The final stage will now be split into two as this will de-risk the final timetable. What was Stage 4 of the plan is now Stage 5b, under which trains between Reading and Heathrow will be diverted into the central tunnel and run to Abbey Wood, while trains from Shenfield will run through the central section to Paddington low-level.

Finally, what was Stage 5 will now be Stage 5c, which will be the full Crossrail service. This had been expected in the latter half of 2023, but is now set to be brought forward.

This will enable services to cross London earlier than planned while also increasing revenue earlier than forecast. It also allows Crossrail to start running trains by avoiding the need to reverse 24 trains per hour at Paddington low-level as was originally expected for the old Stage 4.

The August 2021 edition of IRJ will include an exclusive interview with Crossrail CEO Mr Mark Wild.