Two-month long inspection of 200,000 sleepers to be completed this month. 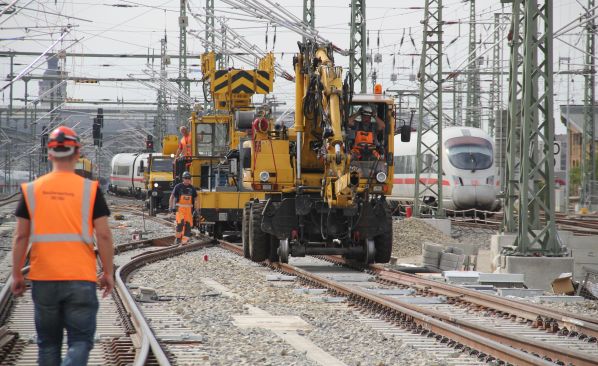 GERMAN Rail (DB) says it will complete the precautionary inspection and testing of around 200,000 sleepers of a certain type and manufacturer by the end of August and expects most of the affected lines to reopen to traffic by the end of the year.

The national inspection programme started in July as a precautionary measure following the fatal derailment of a regional double-deck train near Garmisch-Partenkirchen on June 3. Sleepers of a certain type are being examined by the investigating authorities as a possible contributory factor to the accident. The accident investigation is still underway.

During the inspection programme DB introduced speed restrictions at some locations and even closed some sections of line resulting in train diversions or replacement bus services, adding to DB’s train punctuality woes this summer.

“The first preliminary findings from technical reports by independent testing institutes now suggest that there is a manufacturer error,” DB says. “As a result of the investigations, there are currently restrictions at around 165 points in the rail network. The federal states of Bavaria, Saxony, Saxony-Anhalt and Thuringia are primarily affected.”

DB says it has already been able to replace the sleepers on the first routes, and replacement dates have now been scheduled for around 90% of the affected sections, with priority given to the busiest lines.

A DB task force is coordinating the currently scarce construction resources so that they can be used as effectively as possible. “The necessary materials are available,” DB says. “Even in times of material shortages, DB has managed to secure enough new sleepers on the market.”

While DB says the damage caused cannot yet be specifically quantified, it assumes the cost will be a three-digit million-euro amount. DB is examining whether it has a legal claim against the sleeper manufacturer which it has not named.