The programme will upgrade the core network by bundling all work needed on a single line into one work package. 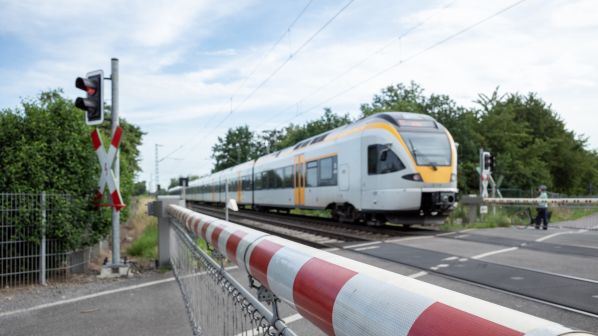 THE German federal government and German Rail (DB) have announced plans for a high-performance network, which will reduce the disruption on core parts of the network across the country caused by obsolete equipment.

The plans, unveiled by federal transport minister, Dr Volker Wissing, and DB CEO, Dr Richard Lutz, in Berlin on June 22, come after Lutz called for “a paradigm shift” in the quality and capacity of Germany’s rail network, stating that its renewal will be a key task over the coming years.

The high-performance plans will cover the 10% of the network that is most congested, carrying around 25% of all services. This heavily-used core network, which comprises 3500km, is currently at 125% capacity which could soon rise to 150% when infrastructure work is in progress. The size core network is expected to be expanded to 9000km by 2030.

Under the high-performance network programme, which will add “hundreds of millions of euros” to the maintenance budget, all outdated and failure-prone components will be replaced and improved, comprehensively eliminating the investment backlog on these lines. This includes comprehensive track replacement, removing level crossings, and additional passing loops to allow a high level of service to continue at times of disruption. DB will also install high-quality and more reliable equipment on these lines instead of making like-for-like replacement, and monitoring and diagnostic systems will be installed to enable condition-based maintenance.

“The accumulation of more and more traffic on an already limited network, which is further restricted by construction activity, leads to congestion and delays with massive effects on all customers in passenger and freight transport,” Lutz says. “The current quality of service clearly does not meet our requirements. There can be no ‘business as usual.’ A sustainable solution lies in the infrastructure, because 80% of the quality of the railway system is decided by the rail network.”

Lutz says the new programme will transform the congested network “from a problem case to an anchor of quality and stability,” while ensuring investment continues in the rest of the network in the regions.

DB says improving reliability on the high-performance network will improve the quality of service across the network, as it will reduce the impact of delays on long-distance services.

The rehabilitation of the first corridor is due to begin in 2024, with DB calling for input from the railway sector to determine which corridors should be tackled as a priority.

DB will also take steps to stabilise operations ahead of this, bringing forward steps that can already be implemented such as improving the bundling of work, ensuring alternative routes are more suitable and installing higher quality equipment.