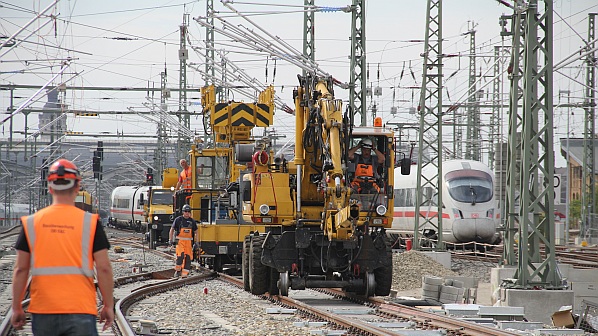 GERMAN Rail (DB), the federal government and the federal states will spend €13.6bn this year on modernising and renewing Germany’s rail infrastructure, an increase of €900m compared with last year.

This work will include renewing around 1800km of track, 2000 switches, 140 bridges and 800 stations with the aim of creating more capacity and improving efficiency.

DB says it will push ahead with its digitisation projects, with a focus on the work on the Digital Node Stuttgart and the Scandinavian-Mediterranean Corridor from Hamburg via Erfut and Munich to the Austrian border near Kufstein. Rolling out ETCS use across the domestic network will also continue, and the first digital interlocking on a high-speed line will begin operating in Donauwörth.

DB says the 59.6km 250km/h high-speed line between Wendlingen and Ulm will also commence operations at the end of 2022 as planned after testing on the new line began last year.

Other projects highlighted by DB to increase capacity include:

The Wendlingen - Ulm high-speed line is one of IRJ’s 20 Projects to watch in 2022. The feature was published in the January edition of the magazine. Digital subscribers can read the article here.