Green and Red lines to be extended by 24km. 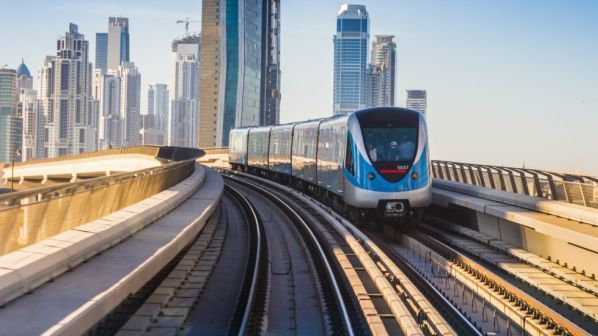 Tenders are being invited for extensions to both of Dubai's metro lines.
Photo Credit: Dubai Metro

THE Dubai Roads and Transport Authority (RTA) has invited tenders for the construction of two extensions to the city’s metro network, running for a total of 24km and serving 12 new stations.

The Green Line extension would be 20.6km long with 11 new stations, running from the current terminus at Al Jadaf across the Creek to the Dubai Harbour development and then on to Academic City.

The Red Line would be extended by 3.5km eastwards from its current northern terminus at Centrepoint to terminate at Mirdif City Centre, the location of a major suburban shopping centre. This extension would have only one new station.

A previous extension to the Red Line built at a cost of $US 2.9bn, connecting Dubai International Airport with the Expo 2020 site, was inaugurated in July 2020 and was hailed as a great success after transporting hundreds of thousands of visitors to the exhibition when the event finally opened to the public from October 2021 - March 2022.

Dubai’s current population of 3.5 million is forecast to reach 5.8 million by 2040, and the RTA said in May that it was examining the extension of the metro network to help keep this expanding population mobile.

For detailed data on metro projects in the Middle East and around the world, subscribe to IRJ Pro.