AUSTRIA’s Council of Ministers has accepted the Federal Ministry for Climate Action, Environment, Energy, Mobility, Innovation and Technology’s (BMK) master plan for Austrian Federal Railways (ÖBB), which will see €17.5bn invested in the expansion and modernisation of the country’s rail infrastructure between 2021 and 2026. 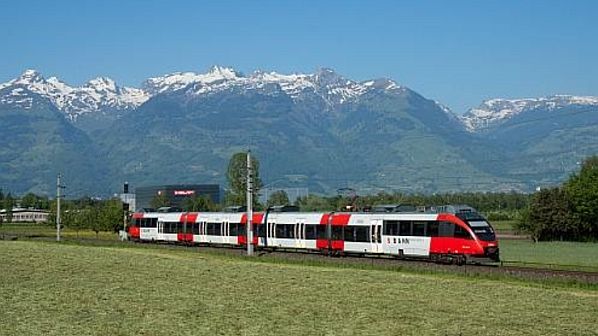 The funding will be provided to ÖBB Infrastructure to improve urban, suburban and regional rail services. All domestic lines will also be electrified by 2035. This includes projects under the 2018-2023 framework, as well as €8bn in new investments.

Annual spending will rise from €2.5bn in 2021 to €3.3bn in 2026. €3bn will be spent on new projects, while €6bn will be allocated for the Brenner, Koralm and Semmering base tunnel projects.

The ÖBB framework plan outlines the planned projects and their expected costs over a six-year period, as well as maintenance expenses. After being adopted by the Federal Council of Ministers, the plan will be submitted as a report to the National Council.

€1.2bn will be spent modernising the Vienna S-Bahn, including the renewal of the Floridsdorf - Meidling line as well as platform extensions within Vienna and on adjacent regional lines from 160m to 220m to accommodate longer trains. The introduction of ETCS will allow services to operate with a reduced headway of 2min 30s, enabling the frequency to be increased from 20 to 26 trains per hour per direction.

The western line in Linz will be upgraded to increase capacity, while stations and lines around Salzburg, Innsbruck and in the central area of ​​Carinthia will be modernised. Graz will benefit from the expansion of the Koralm Railway, the Southern Railway and the Styrian Eastern Railway.

Digitalisation is another major investment, with €1.5bn to be spent on increasing capacity and safety through the renewal of signal boxes, the implementation of cloud solutions for central traffic control centres, and the continued introduction of ETCS.

In order to achieve Austria’s goal of a climate neutral rail network by 2035, 500km of line will be electrified by 2030. Hydrogen or battery trains will be used where electrification is not technically or economically feasible, and ÖBB will also invest €600m in electric energy production from hydro power and solar panels.

Other new projects include upgrading the Absdorf-Hippersdorf - Sigmundsherberg line with double-track sections and a new branch to Horn; a new link from Vienna airport to Bruck/Leitha; and quadrupling the Meidling - Mödling and Kufstein - Schaftenau sections.

For detailed data on projects in Austria and around the world, subscribe to IRJ Pro.