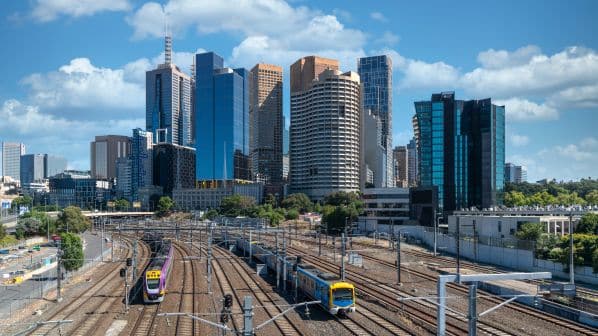 PREPARATORY work has started on the 90km Melbourne Airport Rail project, including the relocation of six electricity pylons between the Western Ring Road and the existing Albion - Jacana freight route. This will create space to build a rail bridge over the Western Ring Road, taking trains north to the airport.

Pylon relocation is taking place alongside a broader early works package that will move or protect up to 250 key utilities including electrical power lines, gas mains, communications networks and sewer and water pipes.

The Victorian state government is also investing $A 143m ($US 96.2m) to deliver the first stage of the major upgrade to Sunshine station and the surrounding area. The package will include station enhancements, a new bus interchange, shared vehicle and pedestrian pavements, more open space and the creation of future development sites, making it easier to deliver further stages of the master plan as the community continues to grow.

A consortium of FCC Construction Australia and Winslow Infrastructure has been selected as preferred contractor to deliver key parts of the airport rail link project, including the approximately 550m-long double-track rail bridge over the Maribyrnong River valley.

The bridge will stand more than 50m above the valley at its highest point, making it the second highest bridge in Victoria after the West Gate Bridge.

The Sunshine Systems Alliance of John Holland, CPB, KBR and Aecom has been selected as preferred contractor to deliver a package of works that include transforming Sunshine station, rebuilding Albion station and providing two tracks between Sunshine and the Albion - Jacana corridor, including the rail flyover. They will also deliver signalling systems along the entire Melbourne Airport Rail corridor.

A feature on the Melbourne’s Suburban Rail Loop appeared in the November 2022 issue of IRJ.