The commission also approved a grant of €114m to buy new EMUs for Riga. 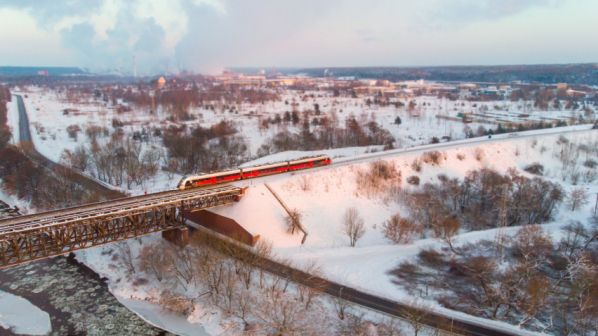 The line is one of the busiest on the Lithuanian network.
Photo Credit: Lithuania Ministry of Transport and Communications

THE European Commission (EC) has approved a grant of more than €158m to electrify Lithuania’s 364km Kaišiadorys - Klaipeda line, along with a grant worth more than €114m to fund the purchase of 23 new electric commuter trains for the Riga and Pieriga region in Latvia. The funding will come from the EU’s Cohesion Fund.

The Kaišiadorys - Klaipeda route forms part of the Vilnius - Klaipeda main line, one of the busiest sections of the Lithuanian network. The Lithuanian government approved electrification in February, with the aim of increasing the competitiveness of rail, reducing costs per passenger, and removing a major source of greenhouse gas emissions.

Electrification of the line will reduce journey times between Kaišiadorys and Klaipeda, which can take up to four hours. Only 8% of Lithuania’s 1920km network is electrified, and this is due to increase to 27% following completion of the project.

The EC also approved a €114m grant to buy 23 new EMUs for Riga, which that will improve passenger comfort and convenience, increasing the attractiveness of rail.