Line 7 is to be fully automated and will be designed by Systra and project managed by Egis. 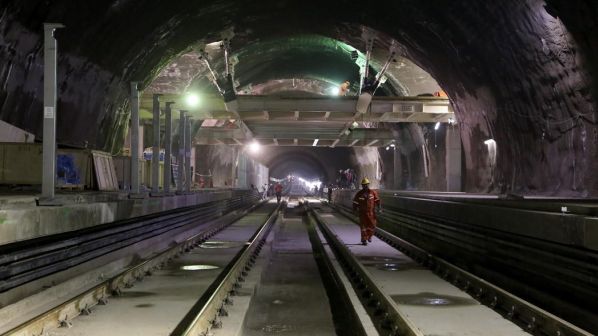 CHILE has awarded design and project management contracts for the $US 2.5bn metro Line 7 project to Systra and Egis.

Line 7 will run between the suburbs of Renca, on the northwestern outskirts of the Chilean capital, and Vitacura, in the northeast. It will be 26km long, with 19 stations. When completed in 2027, it is expected to halve travel time across the north of the city and relieve pressure on Line 1.

The line, which will be entirely automated, is being designed by Systra, which will also oversee rolling stock procurement and workshop design. The company, which has been active in the Chilean market for the past 50 years, also designed lines 3 and 6 of the Santiago metro.

Project management assistance for systems will be undertaken by Egis, which also worked on lines 2, 3 and 6 of the Santiago metro, and in this case will be working with its local partner CyD Ingeniería.

Egis’ work will including the review of the execution studies for the project as well as assistance and control during the manufacturing and assembly phase. The teams will also work on the testing and commissioning phases to ensure the proper integration of each system. In addition, Egis will work to optimise planning of the new line in order to limit the impact on existing operation. Among the aspects it will be looking at are the track and traction power supply system, CBTC signalling, platform screen doors and communications systems.

“For Egis Chile, this is the biggest contract ever won since the company was created in 2018,” says Ms Laure-Hélène Filhol, Egis business development manager, Latin America, Chile. “It’s a real challenge to set up a real back office team but also, step by step, to recruit local staff and pass on Egis’ knowledge to local experts.”

Back in January Alstom was awarded a $US 365m contract to supply 37 five-car driverless metro trains and supply and equip CBTC on the new line, as well as supplying maintenance services for 20 years. The 102m-long, 2.85m-wide trains will be built at Alstom’s plant in São Paulo and will have capacity for 1250 passengers. Deliveries are due to commence in early 2025 and will continue until the middle of 2026 with two trains delivered per month.

At an inauguration ceremony held in February, then Chilean president Mr Sebastian Piñera – who was succeeded a month later by Mr Gabriel Boric – said that the new line would benefit the 1.3 million Chilean men and women living in the communes it will pass through, and added that the “gigantic effort” would generate 22,000 jobs and in carbon cutting terms would be the equivalent of planting 55,000 trees.

Line 7 is the first project of a new expansion programme for the Santiago Metro. Three new lines and three extensions are planned with the aim of improving public transport, reducing private car use, and reducing CO2 emissions within the Chilean capital. Line 7 is expected to open in 2027.