Eight new railways to open in China this month 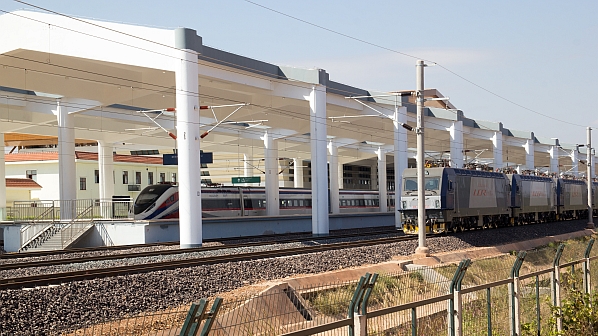 An EMU stands in Vientiane ahead of the start of China - Laos services.
Photo Credit: Shutterstock

EIGHT railways will begin operating across China throughout December, with the 160km/h China - Laos line, part of China's Belt and Road Initiative, due to open on December 3.

The first EMU to travel the full length of the 414km Boten - Vientiane Laos section of the line arrived in Vientiane in early November, and testing has continued since then. Laos and China signed an inter-governmental agreement to provide guidance and a legal framework for cross-border activities along the route, on November 30.

The Mudanjiang - Jiamusi section of the new Shenyang - Jiamusi high-speed line in Heilongjiang province in northeast China is expected to open on December 6. The 371km eight-station section is designed for 250km/h operation.

In neighbouring Jilin province, a 113km high-speed line will open between Changbaishan and Dunhua South in Yanbian Korean Autonomous Prefecture, bordering North Korea, where it connects to the Changchun - Hunchun high-speed line.

A new 246km high-speed line connecting Zhangjiajie in Jiangxi province with Huaihua in Hunan province, itself a major rail junction on the north-south Beijing to Guangzhou and the east - west Kunming to Shanghai trunk routes, is scheduled to open imminently, cutting the end-to-end journey time from 3h 30m to just 1h.

The 436km Ganzhou (Jiangxi province) to Shenzhen (Guangdong province) 350km/h high-speed line is scheduled to open on December 18. The line has been designed with 14 stations and is expected to open with 11 operational stations with three awaiting completeion.

Test running started on the 171km, 350km/h Anqing to Jiujiang high-speed line in mid-November. The line will connect these two major Yangtse river ports via seven stations and the dedicated Banyuzhou Yangtse river bridge at Jiujiang.

The 142km Heshun (Shanxi province) to Xingtai (Hebei province) mixed-traffic railway is designed for 100km/h operation and is planned to carry 40 million tonnes of freight per year, and two pairs of passenger trains daily. The 160km/h Taizicheng - Chongli Bei section in Hebei province of the 384km Taizicheng - Xilinhaote conventional line is also due to open before the end of the year.