The first phase of the line will connect Dar es Salaam and Morogoro. 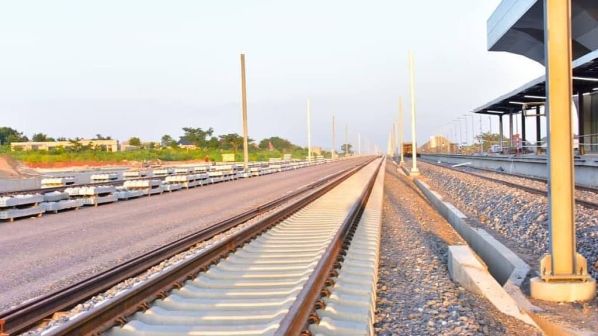 TANZANIA has begun testing the electrical systems on the first section of its standard gauge railway (SGR) from Dar es Salaam to Morogoro, the first electrified line in east Africa, following the construction of a transmission line.

Tanzania plans to commission the 205km Dar es Salaam - Morogoro phase one of the SGR later this year. The €983.3m project, which is being implemented by Yapi Merkez, Turkey, and Mota-Engil, Portugal, was originally due to be completed in 2019 after construction began in April 2017.

Tanzania’s Ministry of Energy has invested €26.9m through the state-owned Tanzania Electric Supply Company (Tanesco) to build a 160km, 220kV transmission line from Kinyerezi, near Dar es Salaam, to Kingorwira, near Morogoro, together with related infrastructure including four traction power substations and 20 transformers. Tanesco will provide 70MW of power via the line. Testing of the electrical systems, which includes implementing measures to remove power supply constraints, is expected to take three months with both a unit test and a component test.

The full €6.1bn, 2561km SGR will run from Dar es Salaam to the shores of Lake Victoria, connecting with Rwanda, Burundi and the Democratic Republic of Congo. The project is being implemented in five phases, including Morogoro - Makutopora (348km), Makutopora - Tabora (294km), Tabora - Isaka (130km) and Isaka - Mwanza (341km).

The Tanzanian government is yet to say how many locomotives and vehicles will be needed to operate the line, or when they are due to be delivered. Last year, Tanzania Railway Corporation (TRC) said it had signed a €48.7m deal with a South Korean company to supply the trains.