Sum will part-finance link to new dry port for freight and passengers. 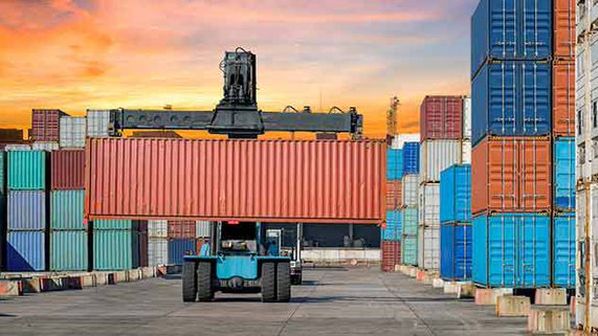 The DP10 dry port is located east of Cairo and west of Suez, and is part of Egypt’s transport master plan that recommends development of an intermodal corridor extending from the city of Alexandria on the Mediterranean coast to El-Sokhna on the Red Sea coast.

In June 2021 the Egyptian government approved nine proposed PPP infrastructure projects, five of which were a combination of dry ports and logistics centres designed to reduce traffic through seaports and to cut costs. These projects included, as well as DP10, other new dry ports in Beni Suef, Sadat City and Borg El Arab, a logistics zone alongside the Sixth of October dry port, an expansion of the Alexandria and Dekheila seaports and a new freight terminal at Safaga.

One stated aim of creating DP10 is to reduce congestion at the country’s seaports while creating conditions for accelerated customs processes and procedures to be carried out on containerised freight. In November 2021 six consortiums were reportedly bidding to build and operate the £E3.5bn ($US 177.6m) DP10 dry port and logistics hub.

As well as allowing containerised freight traffic, transported in ENR’s existing wagon fleet from and to a number of ports, to bypass the major rail hub at Cairo, reducing journey times, the new line will also serve passenger commuter traffic between Robeiky, 10th Ramadan and Belbeis. This is with the aim of encouraging customers to shift their transport habits from road to rail.

It is hoped that the freight element will also encourage commercial customers to make a switch to rail from road haulage to help cut greenhouse emissions.

ERBD says it is expected that the remaining parts of the project will be financed by an equivalent loan from another financial institution.