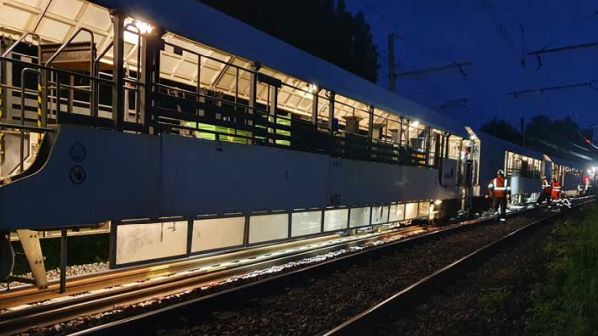 ETF has won the contract for the mechanised renewal of 675km of rails and fastenings over five years.
Photo Credit: Vinci

SNCF Network has awarded Lot 2 of the RRI industrial rails renewal contract to ETF, a subsidiary of Vinci Construction.

The initial €118m contract is for the renewal of rails and fastenings on two of the French network’s conventional lines at a rate of 135km of track per year.

The contract, which is worth almost €24m per year, will eventually see 675km of track replaced. The project will start in January 2024 and run for an initial period of five years with an option to increase this by three years up to a maximum total cost of €239m.

An average of 270km of rail will be replaced each year (135km per year of track) using ETF’s Revo rail and fastenings replacement machine and a new 432m-long rail transporter train which will bring in new rail while at the same time loading old materials which have been replaced.