SGP awards tunnelling contract for Line 18 in the west of Paris. 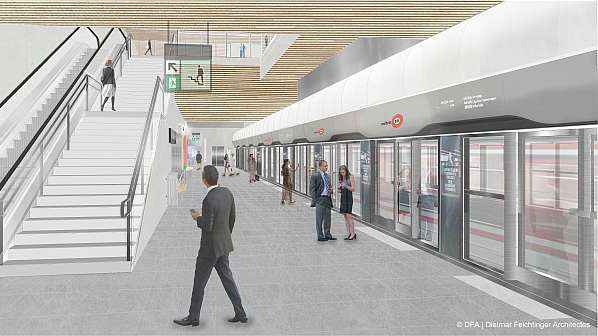 SOCIÉTÉ du Grand Paris (SGP) has awarded a consortium led by Ferrovial a €438m contract to bore 6.7km of tunnels between Saint-Quentin Est and Versailles-Chantiers stations as part of the city’s Grand Paris Express Line 18.

The work is scheduled to take 104 months and also includes construction of three stations and eight ancillary ventilation structures.

The project is expected to create 350 jobs and at least 10% of work hours will be allocated to people currently unemployed. This is expected to benefit approximately 40 people in the Yvelines region.

The Grand Paris Express Project will extend the French capital’s metro and light rail network by 200km and 68 stations, and will improve connections between the city centre and outer suburbs. Line 18 will connect the Paris-Saclay research and development hub to Orly Airport and the city of Versailles.

For detailed data on rail projects in France and around the world, subscribe to IRJ Pro.