The eastern German lines were closed within the last 30 years. 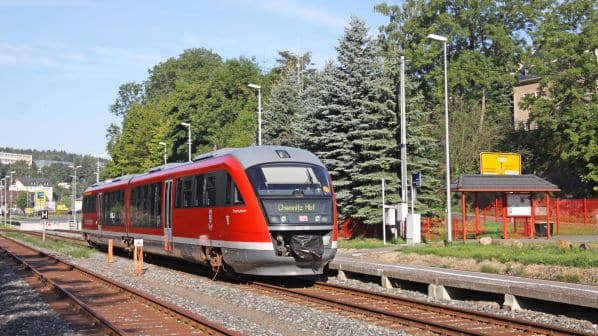 THE eastern German state of Saxony has allocated more than €100m to fund investment in new passenger transport routes in 2023-24 including €28.6m to fund planning work for the re-opening of up to six regional railway lines.

The routes prioritised have wide-ranging cross-party support in the state parliament and were selected following earlier feasibility studies undertaken in 2021, which considered 22 potential routes. The selected lines are:

All of the lines except the 15.2km Oberoderwitz - Niedercunnersdorf line close to the Czech border remain in use for freight traffic, and all lost their passenger services in the last 30 years.

Separately, planning is underway to use financing from the German federal government’s coal mining transition fund to re-open the Kamenz - Hosena line in northeastern Saxony.

Another €5m of additional funding from the Saxony state budget has been allocated to cover cost inflation, with substantially more being provided by the federal government as part of the introduction of the new €49 national monthly ticket.