Further delay to Semmering Base Tunnel 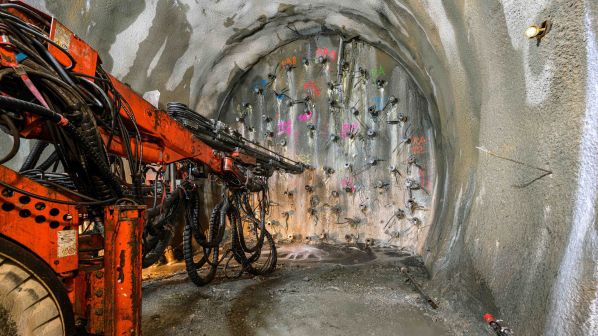 The fault zone being traversed has a complex structure of hard, soft, water-bearing and dry rock.
Photo Credit: OBB

AUSTRIAN Federal Railways (ÖBB) has announced a further delay to the commissioning of the Semmering Base Tunnel as special measures adopted to tackle complex geological conditions in the Grassberg area have not proved as successful as hoped when they were implemented in 2021.

Completion of the 27.3km dual-bore tunnel connecting Gloggnitz with Mürzzuschlag is now expected in 2030, and the estimated total cost of the project has increased by €390m to €3.9bn.

Due to the delicate nature of the fault zone being traversed and its complex structure of hard, soft, water-bearing and dry rock, grouting will continue to be used until conditions are stable enough for tunnelling by excavator and blasting.

As well as delaying completion, further use of grouting has increased construction costs, which ÖBB says had already been growing due to the worldwide rise in the prices of materials and energy, further exacerbated by the war in Ukraine.

Two tunnel boring machines (TBM) have been deployed on the Semmering project, and ÖBB reports that 23km of tunnels have been completed and the inner concrete lining shell applied on 7km. Geological problems in the northern section of the project had previously pushed back completion by a year to 2027.

For detailed information on rail projects across Austria, subscribe to IRJ Pro.