THE German Railway Industry Association (VDB), the German Federal Railway Authority (EBA) and German Rail (DB) have signed a Memorandum of Understanding (MoU) to accelerate the roll-out of digital interlockings across the German network, with a target to upgrade 10 regions by the end of 2021. 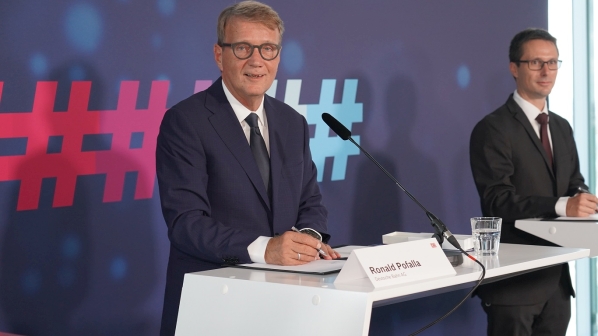 The agreement, signed in Berlin, will receive €500m in funding from the federal Ministry for Transport and Digital Infrastructure (BMVI), and also brings forward the deadline to equip the full German network from 2040 to 2035. DB says the project is one of the most important components of its Digital Rail Germany programme, alongside the implementation of ETCS.

To enable the enhanced rollout of digital interlockings, the rail industry, federal authorities and DB will accelerate the processes required for planning, approval and financing the technology as well as the retrofitting of technology on the existing network.

The routes to be upgraded include regional lines in Northern Palatinate, the Bavarian Forest and in the Allgäu.

DB introduced digital signal boxes (DSTW), which transmit position commands digitally via high-performance fibre-optic cables to the tracks, switches and signals, on the Rostock - Warnemünde line in October 2019. This marked the first time a digital interlocking had been used for long-distance services in Germany and the first step in DB’s plan to upgrade the more than 2600 interlockings across the German network.

“The federal government has been investing in the introduction of ETCS since 2015,” says Mr Enak Ferlemann, federal government commissioner for rail transport and parliamentary state secretary at BMVI. “In line with our master plan for rail transport, we now want to provide the rail industry a strong boost with €500m from the economic stimulus package to make our infrastructure more efficient. As the new systems are compatible with both existing and future interlocking technology from different suppliers, the climate-friendly railway will become the most future-proof means of transport in the 21st century.”

“The Digital Rail Germany programme is a unique example of the digitalisation of a highly complex railway operation and will generate international appeal,” says VDB president, Mr Andre Rodenbeck. “The German industry is ready to jointly implement this unique project. Every step up to advanced automation requires these installations for a mobility revolution.”