The alliance says work is yet to begin on all 181 projects required to implement the regular interval timetable in Germany. 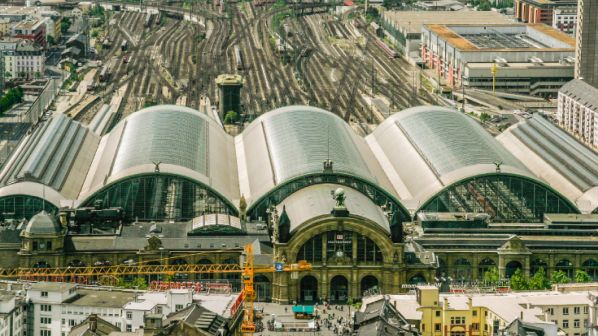 The alliance says Frankfurt Central Station is an example of one of the stations that are the focus of the Deutschland Takt as a hub.
Photo Credit: Bernd F. Oehmen/EyeEm

THE German non-profit Pro-Rail Alliance has accused the German Federal Ministry of Transport of halting the introduction of the Deutschland Takt regular interval timetable by failing to implement the required infrastructure projects.

“The implementation of the central project for the future, the Deutschland Takt, is at a standstill,” Mr Hans Leister, chairman of the Pro-Rail Alliance, wrote in an open letter to transport minister, Mr Volker Wissing.

Leister, who is also chairman of Deutschland Takt Coordination Group within the Ministry of Transport, says there is a backlog of work that was required to implement the hourly timetable.

“The 181 infrastructure measures derived from the 2030 target timetable of the Deutschland Takt are all on hold,” Leister says. “Not a single project has been substantiated by the ministry in such a way that implementation can begin.”

The Deutschland Takt timetable is central to the government’s plans to double passenger numbers by 2030 and increase rail freight’s market share to 25%.

The 181 projects were announced in August 2021 by the then transport minister, Mr Andreas Scheuer, as a prerequisite for the expansion and improvement of rail transport in Germany, alongside the removal of bottlenecks across the network. At the time, Scheuer declared that the concept phase for the project was complete, with implementation due to begin.

The three-way “traffic light” coalition which assumed power following elections held in September 2021, formed of the centre-left Social Democrats (SPD), the environmentalist Green Party and the Free Democrats (FDP), promised to “invest considerably more in rail than in road to implement Deutschland Takt projects as a priority.”

But Leister says this support is yet to materialise.

“There no more money for rail than for road in this budget year, nor is there funding security for Deutschland Takt’s infrastructure measures in this or next year’s budget,” he says. “What we finally need from the federal minister of transport are reliable plans and timetables. Before the summer break, minister Wissing must ensure the overdue commitment for the Deutschland Takt, otherwise there will be no chance of doubling the number of passengers on the railways.”