The redeveloped Budapest Nyugati station will feature provision for a new tunnel and metro connections. 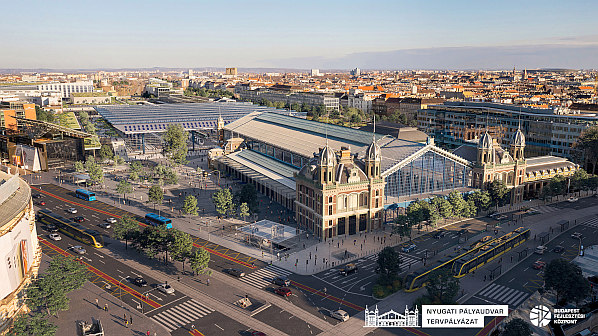 THE Budapest Development Centre (BFK) has awarded a consortium led by British architects Grimshaw the contract to design the new Budapest Nyugati station and its surroundings.

The winning design includes a glass roof over the tracks outside the main shed although this will not be as large as the original structure and will enable the historic structure to remain .

One important aim of the redevelopment is to maintain the historic train shed which dates from 1877 and which was recently renovated.

Part of the redevelopment of the station will include ensuring it is ready for the proposed new 4.5km cross-city tunnel between Déli and Nyugati as well as the planned metro Line 5 that will cross underneath the station.

An in-depth feature on untangling Budapest’s rail network was published in March edition of IRJ. It can be read here.