Funding should reignite the project agreed in 2018. 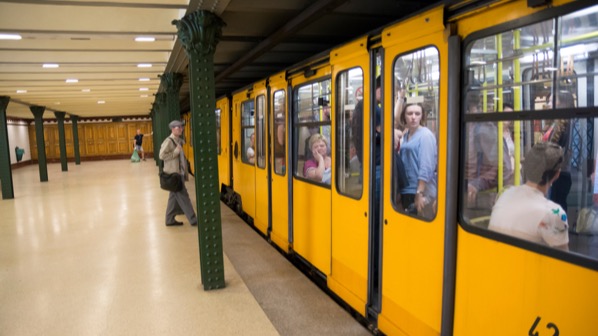 The Hungarian will provide funding for the redevelopment of Budapest Metro's Line 1.
Photo Credit: Shutterstock.

THE Hungarian government is set to provide Forints 1.15bn ($US 3.75m) to fund planning of the first stage of rebuilding the existing metro Line 1 and extending the line southeast from Batthyány tér to Vigadó tér and northeast to Kassai tér.

Fömterv was awarded a contract for the project in 2018. However, failures by the City of Budapest to fund the agreements means the contract has not yet been put into effect. The government funds will come from the 2022 budget and the planning project will commence in 2022. The upgrade work is expected to start in 2024.

The project will involve adding a new station at Hungária Körút where the line passes under tram Line 1. A second phase envisages a further extension to a future park and ride facility at the circular railway.

The city is also planning to issue a tender for new trains for the line to replace the existing vehicles, which were built in the 1970s. The tender is likely to comprise 22 trains for Line 1 and eight trains for the Line 60 cog railway. However, with the city again short of funds, it hopes that central government will support the project, which could cost Forints 40-60bn.

Preliminary type approval for both projects have been drawn up by Fömterv based on a contract signed in April 2020.