THE Dynamic E³ hybrid universal tamping machine developed by Plasser & Theurer has received unlimited approval for operation in Germany, in addition to its approval to operate in Switzerland and Austria. 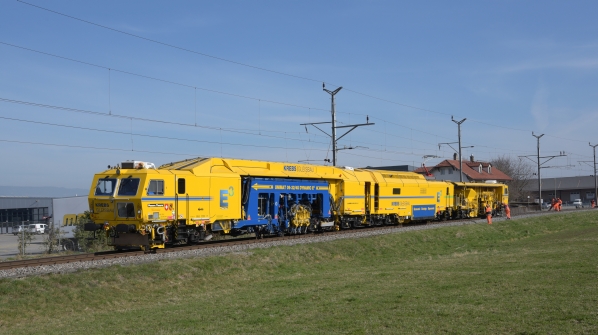 The machine was handed over to Swiss-German construction and maintenance company Krebs Gleisbau at InnoTrans 2016, and has been used under a 10-year contract with Swiss Federal Railways (SBB) throughout the Swiss network.

During previous tamping jobs, it was powered electrically for more than 80% of its operating time. Plasser & Theurer says analyses has shown that operating the machine under electric power saves around 125 tonnes of CO2 a year, and hourly operating costs are also noticeably lower compared with a conventional universal tamping machine.

The Unimat 09-32/4S Dynamic E³ will serve as a reference point as Krebs Gleisbau wants to receive approval for all its machines to operate in Germany, Austria, and Switzerland.