Singapore: The Land Transport Authority (LTA) has awarded a $S 34.3m ($US 25.8m) contract to the JSM Construction Group for the execution of works on the new Hume station of MRT metro’s Downtown Line. 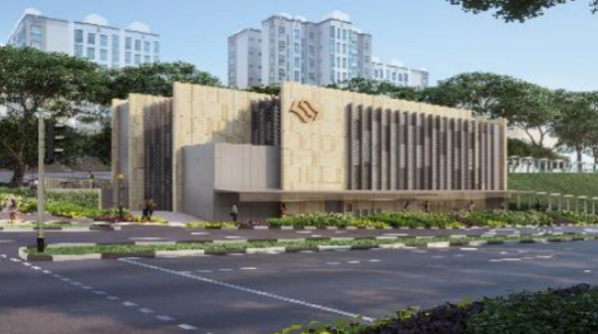 The contract covers the construction of a new station entrance and ventilation shaft for the new underground station, along with the station’s interior. The station is due to open in 2025.

Berlin: Berlin S-Bahn has launched its new Synergy 3 operations management platform, supplied by Synectics under a contract awarded in March 2020, which also includes eight years of support. The system is designed to integrate and automate data processing, incident response and performance reporting across the network, enabling real-time monitoring of all integrated systems.

Hamburg: Hamburg City Council has confirmed the alignment of the final section of the planned 24km U5 metro line. The inner-city section will include four stations at St Georg, Jungfernstieg, Stephansplatz and Main Station North. Construction of the line, which is expected to serve more than 300,000 passengers per day when it opens, is due to begin at the end of this year.

Madrid: Madrid City Council has announced that it will open the new Gran Vía metro station this summer. The underground station will have a new 2000m2 entry hall, four new lifts, improved ticket machines and turnstiles, and a new walkway between metro lines 1 and 5 and Sol Cercanías commuter rail station.

Bangalore: Bangalore Metro has inaugurated a 6.29km Rupees 5bn ($US 68.3m) southern extension to its Green Line, which runs from Yelachenahalli to the Silk Institute. The elevated section, classified as Reach-4B, is the first section of Phase 2 to be completed. Construction began in October 2016, and was initially slated to open in December 2018, but was subsequently delayed by two years.

Paris: Île-de-France Mobility has confirmed that commissioning of the city’s 10.3km T9 light rail line will begin in the spring of this year, following the start of line testing on November 30. The line, which runs between Orly and Porte de Choisy, serving 19 stations, will be operated by a fleet of 22 Citadis X05 LRVs manufactured by Alstom under a €70m contract awarded in November 2016.

Chengdu: The capital of China’s Sichuan province opened five new metro lines on December 18. Line 6, the eastern section of Line 18, and the first phase of lines 8, 9 and 17, increase the number of metro lines in Chengdu to 13, and expand the metro system’s total length to 558km. Chengdu Metro opened its first line, Line 1, in 2010.

Bangkok: The Thai capital has opened the initial 8km section of its Gold Line automated peoplemover, which serves three stations at Krung Thon Buri, Charoen Nakhon and Khlong San. The line is operated using a fleet of Chinese-made Bombardier Innovia APM 300s, and interchanges with the Dark Green Line at Krung Thon Buri.

The line is projected to carry around 42,000 passengers per day. A planned 1km second phase will extend the line along Somdet Chao Phraya Road to Phra Pok Klao to connect with the planned MRT Purple Line southern extension.

Madrid: Madrid Metro has begun work on a new €11.7m ‘Global Data Processing Centre’ to house the network’s operations, maintenance and information management systems. The new centre will replace five smaller centres across the network which currently carry out these activities. Construction of the new centre will take 18 months. It is hoped that the new control centre will improve response times for incidents, and lower operating and maintenance costs.

Paris:  Île-de-France Mobility’s board of directors has approved principal designs for the planned eastern extension to metro Line 1 from the current terminus at Château de Vincennes to Val de Fontenay. The project will be presented for public consultation at the end of this year. The extension will serve three new stations at Les Rigollots, Grands Pêchers, and Val de Fontenay.

For detailed data on transit projects around the world, subscribe to IRJ Pro.