The line will form part of the Trans-Asian Rail Network. 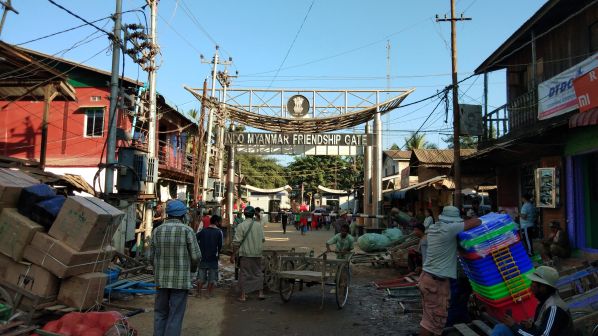 The line will provide a connection with the Myanmar border at Moreh, which India plans to develop into a trade hub.
Photo Credit: Shutterstock/Talukdar David

INDIAN Railways (IR) has sanctioned the final location survey (FLS) to construct a strategic 111km broad-gauge line from Imphal, the state capital of Manipur, to Moreh, located on the Indian-Myanmar border, as part of the initiative to improve international rail connections in South Asia.

The project had been on hold after an earlier survey conducted by the Rail India Technical And Economic Services (Rites) concluded that the project was not financially viable. However, railways minister, Mr Ashwani Vaibhaw, has instructed officials of the Northeast Frontier Railways (NFR) to re-start and complete the project within three years.

The line, a critical component of the proposed Trans-Asian Rail Network, will provide rail connectivity from India to Myanmar and Thailand and eventually to China. The Indian government believes that Moreh can emerge as a trade hub in South Asia.

In his Independence Day speech on August 15 2021, prime minister, Mr Narendra Modi, announced the union government’s resolve to fast-track long-awaited rail projects in the country’s mountainous northeastern states. Major sections on 11 of the 19 pending projects in the region are expected to be completed by 2023, including include 13 new line and six track-doubling projects covering a length of 2008km with an estimated cost of Rs 755bn ($US 10.2bn).

Several of these projects have been in the pipeline for more than 15 years, including the 44km Sivok - Rangpo line, the 110.62km Jiribam - Imphal line, and the 51.38km Bairabi - Sairang line. Some projects have been stalled because of land acquisition issues, while the railway board has not been able to decide on technical parameters for others.

“Alignments and designs have been changed several times because of faulty planning on most of India’s rail lines proposed in the Himalayan terrain,” says former IR chief engineer, Mr Alok Kumar Verma. “IR needs to adopt a steeper gradient and the ministry must discard the obsession with constructing broad gauge lines in the region. Construction work has often been taken up without a proper geological survey having been done leading to cost and time escalations.”

IR is already in the process of constructing two cross-border lines: a 12.03km line connecting Agartala, India, to Akhaura, Bangladesh, at a cost of Rs 9.8bn; and an 8.6km line connecting Jogbani to Biratnagar, Nepal. Both lines are due to be completed in December.