INDIA is increasing the number of cross-border ties with neighbouring Bangladesh, in a bid to balance China’s efforts to increase rail connectivity with its Southeast Asian neighbours. 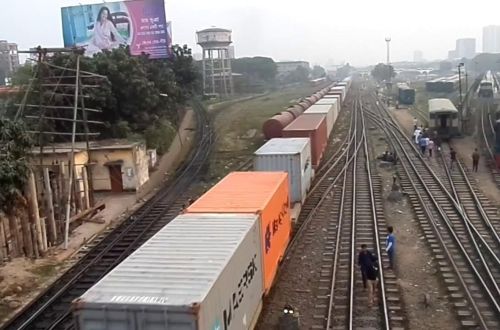 The reopening of the Chilahati - Haldibari line will allow freight and passenger services to operate from Bangladesh via Siliguri to Darjeeling in India. This will provide a route from India’s landlocked northeastern states and Himalayan countries of Bhutan and Nepal to the Port of Mongla near Khulna, the second busiest seaport in Bangladesh.

Before India achieved independence from Britain in 1947, there were seven regular train connections between the counties. Four lines have since been reopened, including the Gede - Darsana and Petrapole - Benapole lines, which carry both passengers and freight, and the Singhbad - Rohanpur and Radhikapur - Birol freight lines.

Indian-funded rail bridges have been completed over the Titas and Bhoirab rivers in Bangladesh’s Brahmanbaria district. A new rail link from Rajshahi, Bangladesh, to Kolkata, India, is planned.

Around 100 freight trains operate between the two countries each month, carrying freight such as stone, fly ash, grain, onions and spices. This increased at the height of the Covid-19 pandemic, with a record 103 freight trains operating in June. Additional parcel and container trains have also started in recent months.