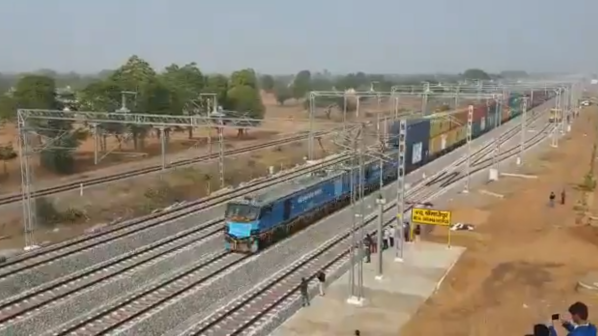 Dedicated Freight Corridor Corporation of India (DFCCIL) officials said the complete 350km line from Madar to Palanpur would be operational by March along with the 45km section connecting Khurja to Dadri. The 120km Rewari - Dadri line is scheduled for completion by December.

While coal and steel, among other items, will be carried on the Eastern DFC, the Western route is expected to carry consumer items from North India to Mumbai for export. E-commerce companies such as Amazon and Flipkart and the automobile sector are expected to emerge as major clients for Indian Railways (IR). The internal movement of fertilisers and grain will also improve.

A Japan International Cooperation Agency (Jica) loan is funding 80% of the Western DFC’s Rs 460bn ($US 6.3bn) cost with the India government committed to purchasing 30% of equipment such as signalling systems and head hardened rails from Japanese companies. Nippon Steel, Kawasaki Electrics and the Mitsubishi have been among the suppliers.