INDIAN Railways (IR) has announced the completion of construction on a 46km, 1676mm-gauge line between New Piduguralla and Savalyapuram stations in Guntur district, Andhra Pradesh. 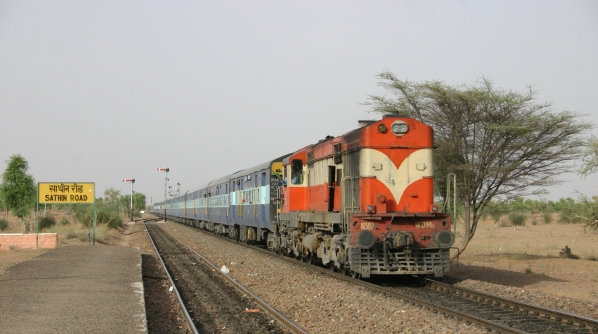 The line will allow direct travel between Secunderabad, Telangana, and Dhone, Andhra Pradesh, reducing the travel distance by around 96km. IR is currently commissioning the line.

The new line completes phase 1 of the 308km Nadikudi - Srikalahasti railway project, planned for completion in 2022, with an estimated total cost of around Rupees 3.4bn ($US 45.6m).

The project is planned for completion in five stages:

The completed railway is intended to alleviate congestion and offer an alternative to the existing Vijayawada - Chennai line, which is vulnerable to flooding.