The line would connect with the Azerbaijan border. 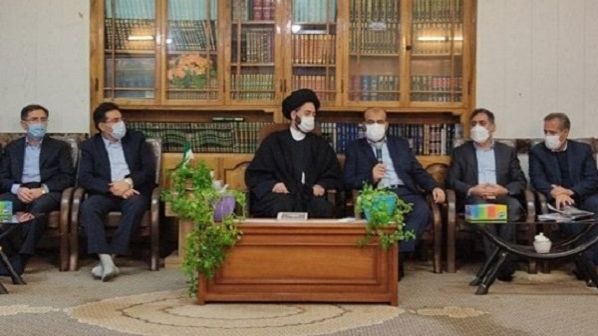 IRAN’s minister of roads and urban development, Mr Rostam Ghasemi, says the government is looking to continue with the construction of the Ardabil - Parsabad line to the Azerbaijan border with support of the private sector.

Meeting with regional leaders in Ardabil province on October 22, Ghasemi said funding for the line was an issue. “We have to use the capacity of the private sector when developing railways and roads, and we are ready to develop the Ardabil - Parsabad railway with the private sector,” he says.

The representative of the supreme leader in Ardabil, Mr Hassan Ameli, said completion of the railway was a major issue in the region. “The realisation of this issue is very vital and important for us,” he says. “The government can also use the capacity of the private sector to make this plan operational.”

The line would connect with the under-construction Ardabil - Miyaneh line.

A review of the major transformation currently underway across the Iranian network appears in the November issue of IRJ.

For detailed data on rail projects in Iran and around the world, subscribe to IRJ Pro.