The line will connect with the Azerbaijan network. 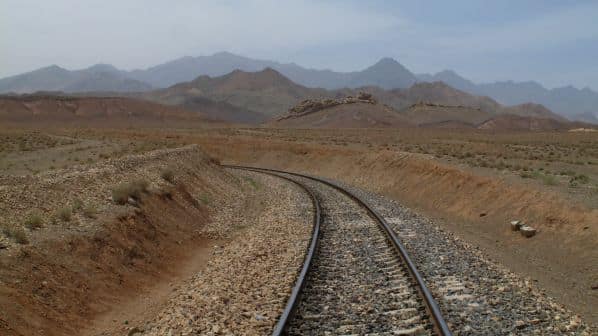 The line will connect with the existing Iranian network.
Photo Credit: Shutterstock/oxine

CONSTRUCTION of the Rasht - Astara line in Iran, which will connect with the Azerbaijan network to form part of the International North-South Transport Corridor (INSTC) between India and Russia, is expected to require additional investment of $US 656m to be completed.

The 164km Rasht - Astara railway has faced many years of problems in its construction and implementation. The main obstacle has been financing, particularly due to the United States’ sanctions on Iran.

The Financial Tribune reports that the CEO of the state-owned Construction and Development of Transportation Infrastructure Company, Mr Kheirollah Khademi, has said the government is looking to procure the additional funding through domestic or international investment.

“Russia has shown readiness to invest in this project,” Khademi says. “Expert Russian teams have visited the site of the railway and we have given them the project’s technical data. They are to respond within a month.”

Khademi says Iran is waiting for Russia to announce its preferred mode of financial engagement in the project, which would be in the form of a government loan, joint investment, or financing.

Azerbaijan inaugurated a new cross-border link to the Iranian city of Astara in March 2017 when the first test train crossed the newly-constructed dual 1520mm and 1435mm-gauge bridge over the Astarachay river between the two countries.

Meanwhile, the Tehran Times reports that Iran’s Transport Ministry has reached an agreement with Armenia to expand and develop the INSTC in Iran from the border crossing near Norduz to Varzeqan and Tabriz.

Iran’s transport and urban development minister, Mr Rostam Qasemi, met with Armenia’s minister of territorial administration and infrastructure, Mr Gnel Sanosyan on November 1, during which the Armenian side expressed interest in forming a new transit route through Iran to access Persian Gulf countries.

“This route can handle a significant volume of the INSTC’s transit load; another feature of this route is the reduction of travel length and time, which can be very important,” Qasemi said.