The new line in the Negev desert will help to boost aggregate supplies in the country. 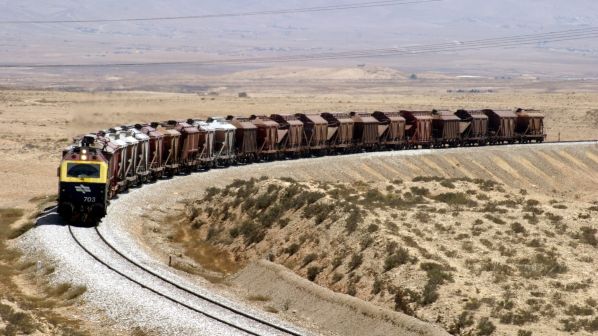 ISRAEL’s Southern District for Planning and Building Commission has approved Israel Railway’s (IR) plan to construct a new 7km line from the Tamar Quarry to the national railway network at Tzefa station in the Negev desert.

Israel’s government is seeking to increase aggregate production ahead of an expected shortage from 2025, when the new railway is expected to open. IR is expected to eventually carry 10 million tonnes of aggregates per year from the site.

The new line will feature a freight terminal and sidings at the mine as well as three grade separations. IR is also planning to build two aggregate terminals for customers at Kedma, south of Tel Aviv, and Malachi/Yoav, north of Tel Aviv, for last mile transport by truck. The exact locations are yet to be determined.

For detailed data in rail projects around the world, subscribe to IRJ Pro.