The delays are expected to push completion beyond the current 2026 deadline. 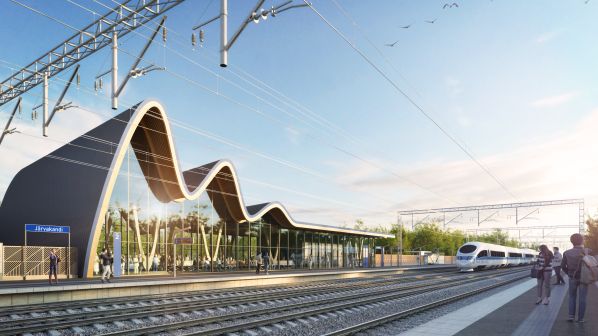 THE National Audit Office of Estonia has found that land acquisition for the Estoninan section of the Rail Baltica high-speed line through Latvia, Lithuania and Estonia has fallen five years behind schedule with planning for the project also delayed.

As of the second quarter of 2021, just over 25% of all the necessary land had been acquired, including only 6% in Harju County, where land is more expensive. In its interim review of the implementation of Rail Baltica, the Audit Office highlighted that the delay in the master designs will postpone the final deadline for the entire project, currently scheduled for 2026, and also pointed out that the budgets for the project have changed significantly.

The 870km Rail Baltica includes a 213km section in Estonia, which is the largest infrastructure project  since the country gained independence. Nearly 1000 “immovables” need to be purchased for the line, including 863 private or municipal properties. The overall project is expected to cost €5.79bn, with the Estonian section costing €1.58bn at 2018 prices.

The Audit Office says the Land Board, which is organising the land acquisition, has primarily acquired immovables where the line will run through forests and fields and where few commercial and residential structures are situated. Data from the Land Board also indicates that the cost of land in Pärnu, Rapla and Harju County has increased by more than 50% between 2014, when the budget was planned, and 2020. Of the €29.1m made available through the European Union’s Connecting Europe Facility (CEF) for land acquisition, only 11% has so far been used.

Determining the land required and the process of acquiring it is also taking longer than expected, with sales taking up to 13 months to be completed.

The Audit Office says the Ministry of Economic Affairs and Communications does not have a complete overview of how many and which plots need to be acquired, as development of the master designs is still in progress. The county plan serving as the basis for the preliminary design in Pärnu County has also been partially repealed, with the master design in the repealed section not due to be completed before 2023.

The Audit Office says that in light of the delays in master designs and land acquisition, the schedule for the Estonian section of the entire project should be reviewed. Despite numerous indications that the project is significantly behind schedule, the Ministry of Economic Affairs and Communications told the Audit Office that the line is still planned to open on time in 2026.

The Audit Office says it is difficult to assess whether the project is already overbudget, despite significant changes in the budgets and indications of an increase in cost of construction of the civil engineering works.

The budget has been inflated by the expansion of project activities and general price increases. For example, local stations have been added, increasing costs by an estimated €16m while expansions to Pärnu and Ülemiste passenger terminals have added €49m. However, the Ministry of Economic Affairs and Communications says that while some activities might exceed the budget, savings can be found in other areas. The Audit Office points out that since the Ministry of Economic Affairs and Communications is not updating Rail Baltica project budget as information about the project is specified, it is difficult to foresee if and when there will be a need to receive additional funds from the state.

In an interview with Estonian Public Broadcasting on October 1, the minister of economic affairs and infrastructure, Mr Taavi Aas, estimated that the budget deficit for the Estonian section may be between €300m and €500m by 2030.

The National Audit Office recommended Aas update the budget to reflect the delays to the project, but he replied that the new revised cost estimate is expected to be prepared for up to 2026, although it is clear that the project will not be completed by then.