THE Lithuanian Ministry of Transport and Communications and national infrastructure manager LTG Infra have awarded a €1.1m contract to Spanish engineering firm Ardanuy Ingenieria to prepare development plans for the Kaunas railway node as part of the Rail Baltica project. 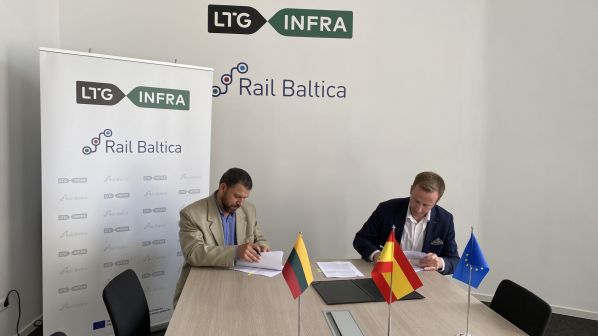 Ardanuy will carry out a survey of the site, as well as archaeological studies, and prepare a concept for the project which will include the alignment of the railway and the placement of all necessary infrastructure. Ardanuy will provide several alternative designs for approval.

Following the selection of a preferred concept, Ardanuy will prepare further in-depth plans, and perform an evaluation of the project’s environmental impact.

The completed plan will include an outline of necessary new and upgraded infrastructure, including buildings, platforms, the intermodal freight terminal, roads, pavements and bike lanes. The plan will also outline other infrastructure such as the heating supply and 110kV, 33kV electrical grids, gas pipelines and other engineering and building works. The final plan is scheduled to be submitted for approval in September 2022.

Following the completion of planning, work will begin on Kaunas passenger station and the Rail Baltica freight bypass between Rokai and HES - Palemonas, with construction expected to be completed by late 2026. This could include the installation of noise and vibration-reducing systems if required by the environmental impact study.

Sankovski also says that the station’s intermodal capacity will be upgraded to accommodate lorries carrying cars in the direction of Latvia and Estonia via the Via Baltica highway.

The 870km €5.8bn Rail Baltica high-speed rail project is intended to provide direct transport services within Baltic States and Europe, with 392km of line planned for the Lithuanian section.

The core section between Tallin, Estonia, Riga, Latvia, and Kaunas, Lithuania, is scheduled for completion by 2025, with a connection to Warsaw scheduled for 2030.

The project was granted €568.5m by the European Union (EU) on July 16 to support the development of the project, which is part of the trans-European transport (TEN-T) core network.