SPL Powerlines UK, a subsidiary of Powerlines Group and Engie Solutions, has completed the London to Corby electrification project. 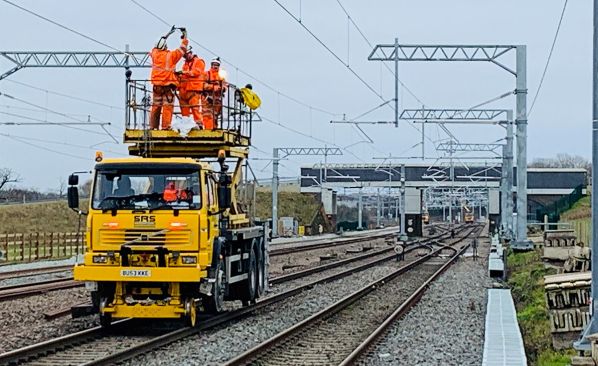 Electrification of Britain's Midland Main Line has now been completed between Bedford, Kettering and Corby.

British infrastructure manager Network Rail (NR) awarded the company a £300m contract to complete the 25kV 50Hz electrification of the Midland Main Line from Bedford to Kettering and Corby in November 2017, under the Midlands Main Line Upgrade project.

The contract involved the electrification of 192 single-track-km including the installation of more than 2300 foundations, 3240 OLE structures, and eight substations. Around 900km of wire was installed, including overhead electrification, RSC, fibre and low-voltage/high-voltage, along with 38km of steelwork for the OLE structures.

The company was originally a 50:50 joint venture between Powerlines Group and Carillion, with Powerlines acquiring Carillion’s share after it entered liquidation in January 2018.

The overall project has involved laying 23km of new track to reinstate a fourth track south of Kettering, as well as improvements to signalling and stations.