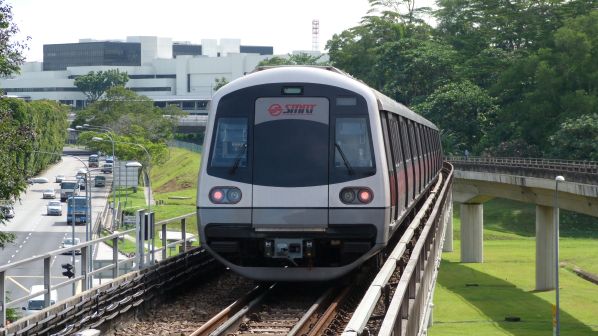 Construction on both contracts is due to commence in the second quarter of 2022, with passenger services on CRL1 expected to begin in 2030. These contracts follow similar awards made in November for tunnelling and the Aviation Park station.

The first contract is for the design and construction of the Serangnoon North station and tunnels. This has been awarded to Hock Lian Seng Infrastructure and is worth $S 454m. The station will be constructed under a busy road and bridge. LTA says the station will have three tracks rather than two, with the additional track used for stabling.

The underpass connection will be constructed by excavating beneath the Yio Chu Kang Road bridge rather than the usual cut-and-cover method. The LTA says this will allow the construction of the underpass to be conducted without affecting the bridge.

The second contract is for the design and construction of Tavistock station and tunnels. This has been awarded to Sato Kogyo (S) and is worth $S 407m.

Tavistock station will be surrounded by residential and commercial developments. To overcome space constraints, LTA says the intermediate launch shaft for the deployment of tunnel boring machines (TBMs) will be excavated away from the construction site. Tunnelling works will proceed west towards CRL Ang Mo Kio station, as well as east towards the Serangoon North, passing through Tavistock station.

LTA says that the ground at Tavistock station is made up of old alluvium, a predominantly soil-like material comprising sandy and silty clay. LTA says this abrasive ground condition is expected to cause wear to the TBM cutting equipment and so close attention will be paid to this area of the project to minimise the impact to new and existing structures.

CRL1 is Singapore’s eighth metro line and will serve existing and future developments in the eastern, northeastern and western corridors. The 29km line will feature 12 stations, of which more than half will function as interchanges with other lines.