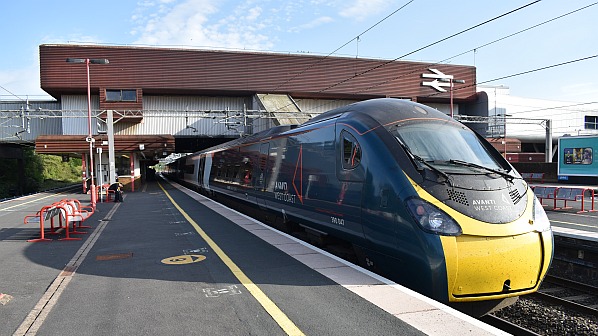 ELECTRIFICATION, upgrading the West Coast Main Line (WCML) north of Crewe to make the best use of the new HS2 railway and assessment of the East Coast rail corridor have been recommended by Sir Peter Hendy in his Union Connectivity Review for the British government.

The review was commissioned by the government to investigate how to improve connections between England, Scotland, Wales and Northern Ireland. None of the recommendations are costed. Hendy is the chairman of British infrastructure manager Network Rail.

Hendy says journey times between London and Scotland using HS2 services that would join the WCML could be as short as three hours, which would increase rail’s modal share from 29% to around 75%.

Improving journey times on the North Wales Coast Main Line from Manchester and Liverpool to Holyhead and electrifying the line west of Crewe along the coast are recommended. Introducing better rail links from Cardiff to the Midlands and beyond is also suggested. The review states that of all the major British cities, Cardiff has the fewest direct rail connections.

Hendy says reopening closed lines should also be explored  along with

Better rail connections to airports in Northern Ireland are recommended as is improving connectivity for railfreight across the UK to ports and freeports as they are established. This would include increasing clearances for W12 gauge trains.

“Transport connectivity is vital to economic growth,” Hendy wrote in the Forward for the review. “Building back better and levelling up will be hugely assisted by better connectivity between the nations of the United Kingdom.”

He added that devolution has been good for transport where delivery has bene devolved, but that has also resulted in a lack of attention to connectivity between the nations within Britain.

Hendy also says that by leaving the European Union and its Trans-European Network (TEN-T) there is the opportunity to create UKNET - a strategic transport network for Britain “which, with funding and regular review, can much better serve the overall economic and social needs of Britain.”

The review recommends that “where journeys are too long to be reasonably taken by road or rail, the government should reduce the rate of domestic aviation tax.”

Hendy concludes by saying: “it is now for the government to consider these and decide how to take them forward.”

“It is good to see mention of upgrade schemes, such as the WCML and North Wales Coast Line electrification, as well as improving rail links in Northern Ireland, across the Midlands, and on the East Coast of England,” says Mr Darren Caplan, Railway Industry Association chief executive.

“If implemented, the projects listed in the Union Connectivity Review will mean that lives and livelihoods can prosper across administrative borders, and that people can reach the jobs, healthcare and education they need to succeed,” says Ms Maria Machancoses, Midlands Connect CEO.

For detailed data on infrastructure projects in Britain, subscribe to IRJ Pro.