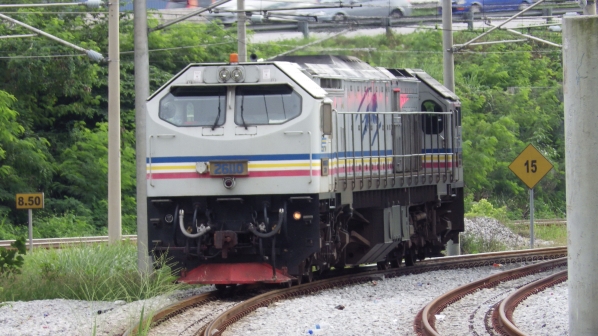 According to deputy transport minister Mr Hasbi Habibollah, the government will reassess the project’s cost and schedule following the realignment alongside negotiations with the project’s main contractor, the Malaysian subsidiary of China Communications Construction Company (CCCC), and the Chinese government.

The results of the renegotiation will be presented to the Malaysian government for approval to finalise the route.

Upon completion in 2026, the 640km double-track line will allow for the operation of 1435mm-gauge passenger trains at up to 160km/h, and freight trains at 80km/h. Rail freight is expected to account for 70% of the total revenue generated by the line, with the remaining 30% coming from passenger services.

The line will run from Port Klang, Selangor, on the Strait of Malacca, via the east coast, to Kota Bharu, Kelantan. The line is expected to reduce travel times between Kotan Bharu and WP Putrajaya to around four hours, and will travel through six states.

The line will be operated under a joint venture between CCCC and state-owned project manager Malaysia Rail Link (MRLSB) under the supervision of the Malaysian Ministry of Transport.

Construction of the project began in August 2017 with a ground-breaking ceremony in Kuantan, but was suspended in 2018 due to a lack of funds.

The project resumed in July 2019 following a 33% cut to its budget, which reduced funding from Ringgit 65.5bn to Ringgit 44bn following the implementation of cost-cutting measures. The measures included a reduction in the number of stations, and the relocation of some stations which remained.

The project is a key element of China’s Belt and Road initiative, which aims to improve trade routes across Eurasia. The line is also expected to encourage further Chinese investment in the country, and potentially double the number of Chinese visitors to the country to around six million per year compared with three million in 2019.

For detailed data on rail projects across Asia, subscribe to IRJ Pro.