THE Mayor of Greater Manchester, Mr Andy Burnham, announced during a test ride that the £350m Trafford Park Line will open in April 2020, seven months early. 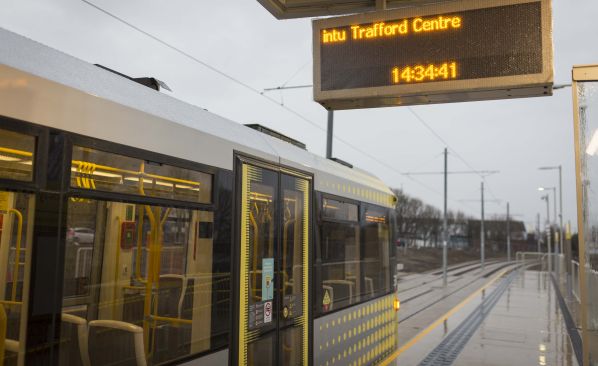 “With Metrolink we are once again able to demonstrate a track record of delivering major schemes on budget and ahead of schedule,” Burnham says.

The test ride marked the start of LRV testing on a section of the route to intu Trafford Centre. The 5.5km extension to the Metrolink network is being built by M-Pact Thales.

The Trafford Park line is the final project under Metrolink’s £2bn 10-year expansion programme, which has extended the network to 93km to serve East Didsbury, Ashton-under-Lyne, Rochdale via Oldham and Manchester Airport.