The island’s light rail line will be extended by 3.4km. 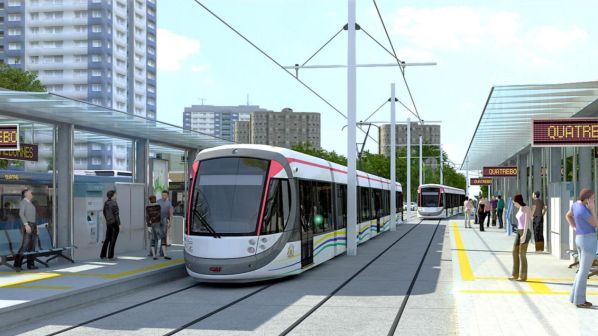 LARSEN & Toubro Construction (L&T), India, has been awarded a contract to construct a 3.4km extension to the Mauritius Metro Express light rail line.

The extension is Phase 2A of the island’s light rail project and will extend the line from Rose Hill Central, via Quatre Bornes Central Station, to Trianon, serving the densely populated Ebene Cybercity and the University of Mauritius.

The contract covers the construction of the track, viaducts and bridges, three stops, a dc power supply, ticketing and passenger information systems, and the integration of signalling systems with road traffic.

The contract award follows the inauguration of the 13km Phase 1 between the capital, Port Louis, and Rose Hill in late 2019, which opened to regular services in January 2020. Phase 1 was also constructed by L&T under a Rs 18.8bn ($US 572m) contract awarded in August 2017.

The full line is planned to run for 26km connecting Immigration Square, Port Louis, to Curepipe, and will serve 19 stations including three bus interchanges.

The line is operated by a fleet of 18 seven-section Urbos 100 low-floor LRVs supplied by CAF, Spain, under a €100m contract announced in December 2017. The contract also covers signalling, depot equipment and other systems.

For detailed data on light rail networks around the world, subscribe to IRJ Pro.