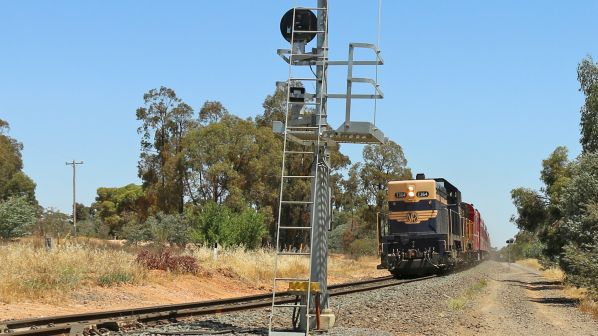 THE Victoria state Department of Transport has announced that the alliance delivering the Murray Basin Rail improvements in the north west of the state, comprising Acciona, Coleman Rail and SMEC and supported by Rail Projects Victoria and V/Line, has been awarded a contract for the next package of works.

A modern signalling system will also be installed by V/Line at Ararat Junction to improve safety, efficiency and reduce transit time through the junction, with works now underway.

The alliance recently replaced more than 57,000 sleepers and installed 30,000 tonnes of ballast on 109km of line. The overall project involves converting a substantial portion of the state’s railway network from 1600mm gauge to 1435mm gauge and upgrading track to support higher axle loads of 21 tonnes.

Design work and procurement is also underway on further upgrades, including new passing loops and sidings, improvements to Maryborough and Dunolly junctions and signalling upgrades. The upgrades will enable 49 train paths on the Murray Basin network, up from the current 28 paths, and will remove an estimated 20,000 truck journeys off the road.

Work to upgrade the network stalled in 2019 when the initial budget was exhausted, but resumed in February 2021 after the Australian federal government provided an additional $A 200.2m ($US 155.7m) for the project taking the total cost to $A 689m.