The state secretary to Dutch Ministry of Infrastructure, Mrs. Stientje van Velthoven, has informed the Dutch parliament that the programme to phase out all remaining ungated level crossings on the national railway network will be completed within five years. 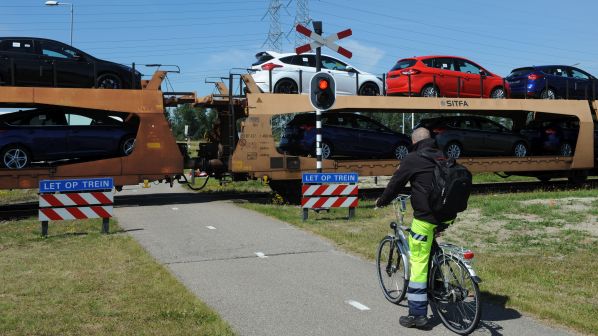 Over the last 20 years infrastructure manager Prorail made considerable efforts to reduce the number of ungated level crossings on the increasingly-busy Dutch network, but 135 such crossings still remain in use.

Previously the government had aimed to eliminate these crossings within 10 years, but the deadline has been brought forward by five years with the aid of a €60m budget from the Ministry of Infrastructure. This will enable the closure of crossings and the installation of barriers, audible warning systems and lights at those locations where closure is not practical.

Van Velthoven also announced that a national intermediator will be appointed by the ministry to adjudicate on level crossings closures. The aim will be to ensure that agreements on closures can be reached between Prorail, the Dutch state, regional and local governments, entitled parties and other stakeholders as quickly and easily as possible.

Prorail caused controversy at the start of November when it began to seal off the most dangerous ungated level crossings with concrete blocks without going through the legal closure procedure.

Prorail has stated that the legal process for closing crossings is too protracted and fails to take into account the daily dangers faced by crossing users.

This led to a clash between Prorail CEO, Mr Pier Eringa, and van Velthoven.

Level crossing safety has been the subject of intense public scrutiny since four children were killed in a collision between a train and an electric cart at Oss near Nijmegen on September 20.