DOZENS of sites across Britain with higher-risk trackside slopes are to be inspected following the fatal derailment of a ScotRail service near Stonehaven on August 12 in which three people died and six were injured. 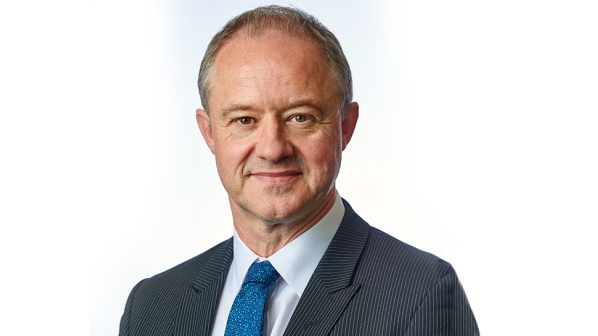 The CEO of British infrastructure manager Network Rail (NR), Mr Andrew Haines, has vowed to identify the cause and put immediate additional safety measures in place following the crash.

“My heart goes out to everyone affected by this tragedy, especially the families and friends of the three people who died and those that are injured,” Haines said as he visited the site on August 13. “I want to express my thanks to my colleagues at NR, ScotRail, the British Transport Police (BTP) and all the emergency services who responded so quickly and professionally and continue to do so.

“Questions are inevitably being asked as to how this could happen and I am determined that we understand the circumstances that led to this devastating event. It’s too early to draw conclusions but it is critical that we investigate thoroughly and with care, and work closely with rail safety authorities to make sure this can’t happen again.”

ScotRail confirmed that the driver, Mr Brett McCullough, the train conductor, Mr Donald Dinnie, and a passenger onboard the 06.38 ScotRail Aberdeen - Glasgow Queen Street service were killed in the crash. The Rail Accident Investigation Branch has launched an investigation into the incident.

The crash occurred in a rural area with poor mobile reception, but emergency services were alerted by a crew member who contacted signallers using NR’s trackside fixed phone line, The Guardian reported.

The incident marks the first train derailment causing death to passengers or people who work on Britain’s railway for more than 13 years. The last fatal train accident was at Grayrigg, Cumbria, in February 2007 were one passenger died, with the last crash resulting in a driver’s death occurring at Ufton Nervet in 2004.

Haines joined British transport secretary, Mr Grant Shapps, in a helicopter survey the site of the accident before talking to responders and investigators.

NR says there has been speculation that torrential rainfall and flooding was the cause of the accident, with the government asking NR to review its resilience to, and management of, extreme weather. Addressing the speculation, Haines said that while the cause is not yet known, precautionary measures were being immediately implemented.

“I will not pre-empt the outcome of the investigation into this awful event, but it is clear the weather was appalling and there were floods and landslips in the area,” he says. “I have asked my teams to put extra measures in place, from immediate, heightened inspections, to medium-term work with meteorologists to improve information and forecasting.”

The measures Haines outlined include:

“Our climate is changing and it is increasingly challenging the performance and reliability of the railway, but incidents like yesterday’s devastating accident are incredibly rare, and our network remains the safest major railway in Europe,” Haines says.

“Our network was designed for a temperate climate, and it’s challenged when we get extremes such as storms and floods. We’re seeing this more and more, and although we can address them on the ground with precautionary measures, we are acutely aware we need a long-term resolution, and we had already secured additional funding and resources to help achieve this.”

This point was echoed by the Scottish transport secretary, Mr Michael Matheson, who told Good Morning Scotland that investigating authorities would look at the conditions before the crash.

“The rail network is experiencing increasing challenges across different parts of the routes, not just here in Scotland but across the UK, due to what is an increasing number of very intense localised weather events that have a significant impact on the infrastructure that they have within the rail network,” he said.