The first Great Northern train has run in north London under ETCS Level 2. 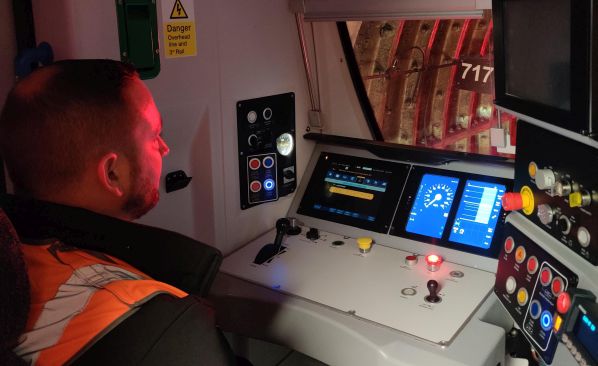 TESTING is now underway of ETCS Level 2 signalling on the Moorgate - Finsbury Park section of the Northern City Line in London. A Great Northern class 717 EMU is being used for the tests.

British infrastructure manager Network Rail says this marks an important milestone in its East Coast Digital Programme, which will ultimately see lineside signals removed from the southern section of the East Coast Main Line and replaced by ETCS Level 2.

Testing is taking place overnight and at weekends to minimise disruption to passenger services and will continue throughout 2022 to ensure the safety and reliability of the system. Driver training and migration to ETCS will start in early 2023. The Northern City Line is expected to switch over to ETCS operation in 2024.

Network Rail tested a class 717 train on the core section of the Thameslink line between London St Pancras and Blackfriars using ETCS Level 2 in September 2021. The Thameslink ETCS system uses Baseline 3.4.0 onboard over Baseline 2.3.0d trackside, and the testing on the Northern City Line involves similar equipment.